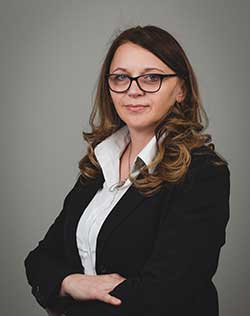 Mrs. Bajić started working in the Holding Company “Radoje Dakić” in 1995, where after the internship, she worked as a technologist of structures.

She worked in the company “Jugoimport Mont” Ltd In the period from 1998 to 2008, as expert designer in the Department of Engineering. Her next position was in the Bureau of Metrology.

Since the beginning of her work in the Bureau of Metrology, she has been involved in the establishment and development of the Laboratory for Length and the establishment of quality management system in the Sector for Metrological Traceability and State Standards. In the National Calibration Laboratory for Length, she has been carrying out most complex tasks related to the implementation, storing and maintenance of state standards for length, as well as the establishment of a metrological chain of traceability in the area of length, conducting calibrations of standards and measuring devices and carrying out activities in the area of legal metrology. During her metrological career, she has also participated in the development of procedures for calibration and verification of standards and measuring devices in this area and in the preparation of the laboratory for accreditation according to the rules of European accreditation. As a Team Leader, she has participated in the first interlaboratory comparisons that led to the international recognition of the services that the Laboratory for Length provides to its users.

She is an active participant in the accreditation process of the Bureau of Metrology according to standard MEST EN ISO IEC 17025:2018 by internationally recognised accreditation bodies. She has participated in a number of other projects, most of which organised by the European Association of National Metrology Institutes (EURAMET):

Between 2013 and 20 October 2021, she was the representative of Montenegro, i.e. the Bureau of Metrology in the EURAMET Technical Committee for Length (TC-L).

Since 25 October 2021, she has been the representative of the Department of Metrology in the EURAMET Technical Committee for Interdisciplinary Metrology (TC-IM).

In March 2021, she was appointed a representative of the Bureau of Metrology in the Coordination Committee for Quality of the Chamber of Commerce of Montenegro.

By the decision on the appointment of the Council for the Award of Trademark “Good from Montenegro” she was elected a member of this body of the Chamber of Commerce of Montenegro in March 2021.

On behalf of the Department of Metrology, he is a member of the Quality Management Group at the RESP Regional School of Public Administration.

She is married, and mother of three children. 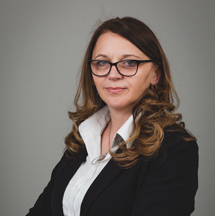 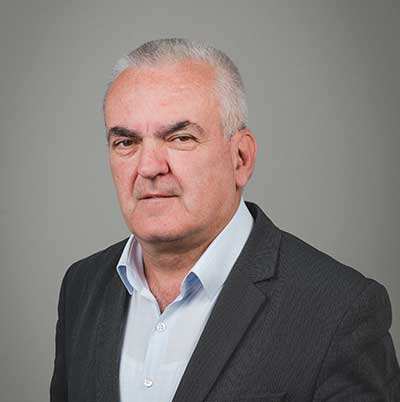 Goran Vukoslavović was born on 30 August 1961 in Nikšić. He attended primary and secondary school in Podgorica, PS “Milorad Musa Burzan” and Grammar School “Slobodan Škerović”, where he acquired the diploma “Assistant Researcher in Physics” in 1980.

Since July 2006, he has been employed at the Bureau of Metrology in Podgorica. He is currently at the position of Assistant Director, Head of the Department for Metrological Traceability and State Standards.

He speaks English and French. He has participated in and attended numerous domestic and international training courses, seminars and committees in the area of metrology and quality management.

He is married, and father of two children. 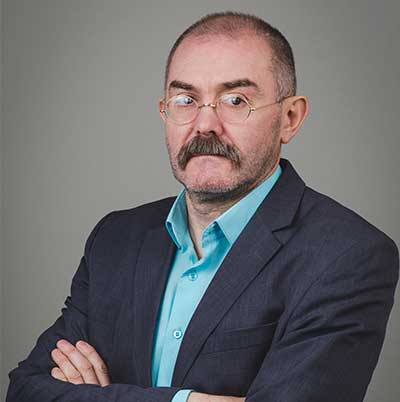 After the graduation, he worked as a professor of electrical engineering, then went to Germany, working in different positions within and outside of his primary vocation. In 1998, he came back to Montenegro, his fatherland, starting life from the beginning and creating conditions for future life.

Between 2003 and June 2006, he was employed in the Bureau for Measures and Precious Metals, as the head of the Metrological Development Department. Since July 2006, he has been employed in the area of metrology of Montenegro, i.e. the Bureau of Metrology in Podgorica, and is currently at the position of Assistant Director, head of the Department for Verification of Measuring Instruments.

He acquired Master Degree in Technical Sciences in June 2012 at the University of Montenegro, Faculty of Mechanical Engineering in Podgorica, majoring in quality management.

He is a passionate lover of nature, old and rare items, motorcycles, as well as of making unique handicrafts.