The national standard is represented by the sets of weights accuracy class E1, mass scale from 1mg to 20kg, i.e. standards of the finest metrological characteristics which serve as a basis for determining the value of all the other standards of measuring unit for mass. Weights of nominal mass from 1 mg to 500 mg are in the form of wire, weights of nominal mass of 1 g and larger and of greater nominal mass are in the form of a cylinder with grip handle. All weights are one piece construction – monobloc construction, made of high quality stainless steel. Characteristics of weights, in the terms of the measurement uncertainty, maximum permissible error, magnetic susceptibility and permeability, are within the limits of E1 accuracy class weights, in accordance with the OIML R 111:2004 recommendation. 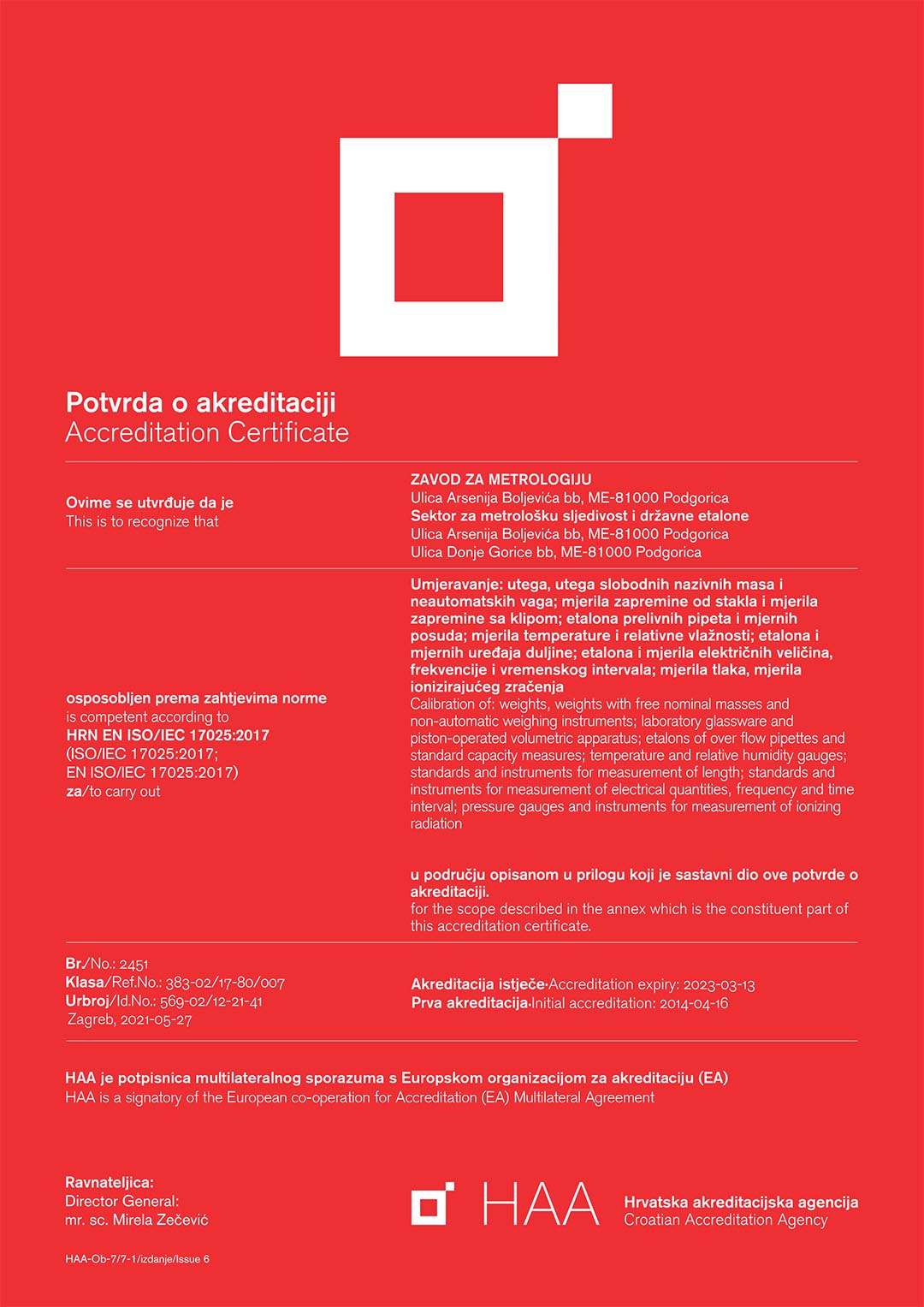 Verification of the Measuring Instruments

Laboratory for Mass achieves metrological traceability through calibration of set of weights accuracy class E1, in the laboratories of the European national metrological institutes (NMI) or authorized institutes (Euramet Designated Institutes) that have published CMC at BIMP KCDB, or are accredited by an accreditation body signatory to the EA MLA agreement. Calibration of the set of weights accuracy class E1, is being conducted every second year alternating. Calibration of the lower accuracy class weights is being conducted by the usage of the equipment of the laboratory for mass, where the mass unit is being transferred on to the standards of the lower accuracy class, by the direct comparison method, over which the mass unit is being transferred from the international to the lower levels in hierarchy, towards the lower level laboratories and to the end users in Montenegro.