The Bureau of Metrology in cooperation with the European Association of National Metrology Institutes (EURAMET) hosted a training titled “Calibration of Long Gauge Blocks (125 mm to 500 mm) by mechanical comparison and Calibration of Measuring Tapes and Rulers” from 11 to 14 September 2018.

The aim of the training was capacity building and transfer of knowledge intended for the Western Balkan countries and interested trainees from other countries in accordance with the possibilities of the Laboratory for Length.

The training was delivered by the following lecturers: Rudolf Thalmann, Head of the Laboratory for Length, Optics and Time from the Swiss NMI (METAS), Helge Karlsson from the National Laboratory for Length in Norway (Justervesenet), Tanfer Yandayan, Turkey’s TUBITAK UME, project coordinator and EURAMET’s representative for capacity building program for NMIs in the Western Balkans, Alen Bošnjaković, (IMBiH) from Bosnia and Herzegovina’s NMI, and the representatives of the Bureau of Metrology, Gordana Bajić and Tomo Božović.

The training covered the following topics: fundamental principles of dimensional measurements, international metrology infrastructure and quality infrastructure, realization of the unit of measure for length and its definition, basic principles of interferometry with a special emphasis on the transfer of theoretical and practical knowledge in the field of calibration of long gauge blocks and calibration of measuring tapes and rulers.

The total of 10 participants from National Metrology Institutes of Sweden, Moldavia, Serbia, Macedonia, Bosnia and Herzegovina, Albania and Montenegro attended the training.

Rudolf Thalmann from the Federal Institute of Metrology of Switzerland (METAS) presented on calibration procedure of long gauge blocks by mechanical comparison, with a focus on the calculation of measurement uncertainty, reproducibility, taking into consideration the fundamental principles of dimensional metrology.

Alen Bošnjaković, from the NMI of Bosnia and Herzegovina – IMBiH presented a plan of participation in an EMPIR project titled „Automatic level gauges for measuring the level of liquid in stationary storage tanks – OIML R85”.

During the practical part of the training, Tomo Božović and Gordana Bajić from the Bureau of Metrology presented on calibration of measurement tapes on BMG 3000, as well as calibration of long gauge blocks on the universal measuring instrument of JOINT DMS 680. 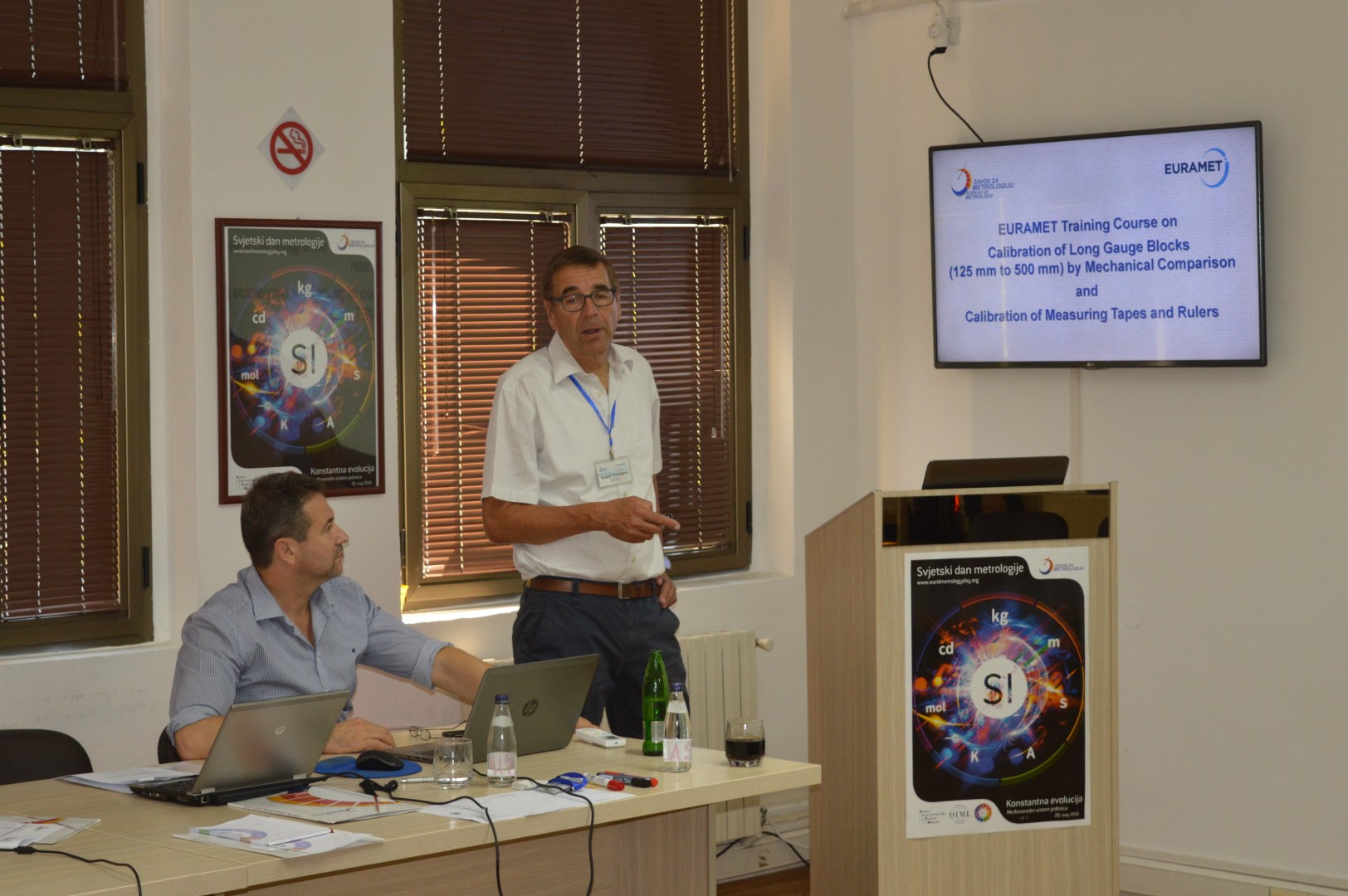 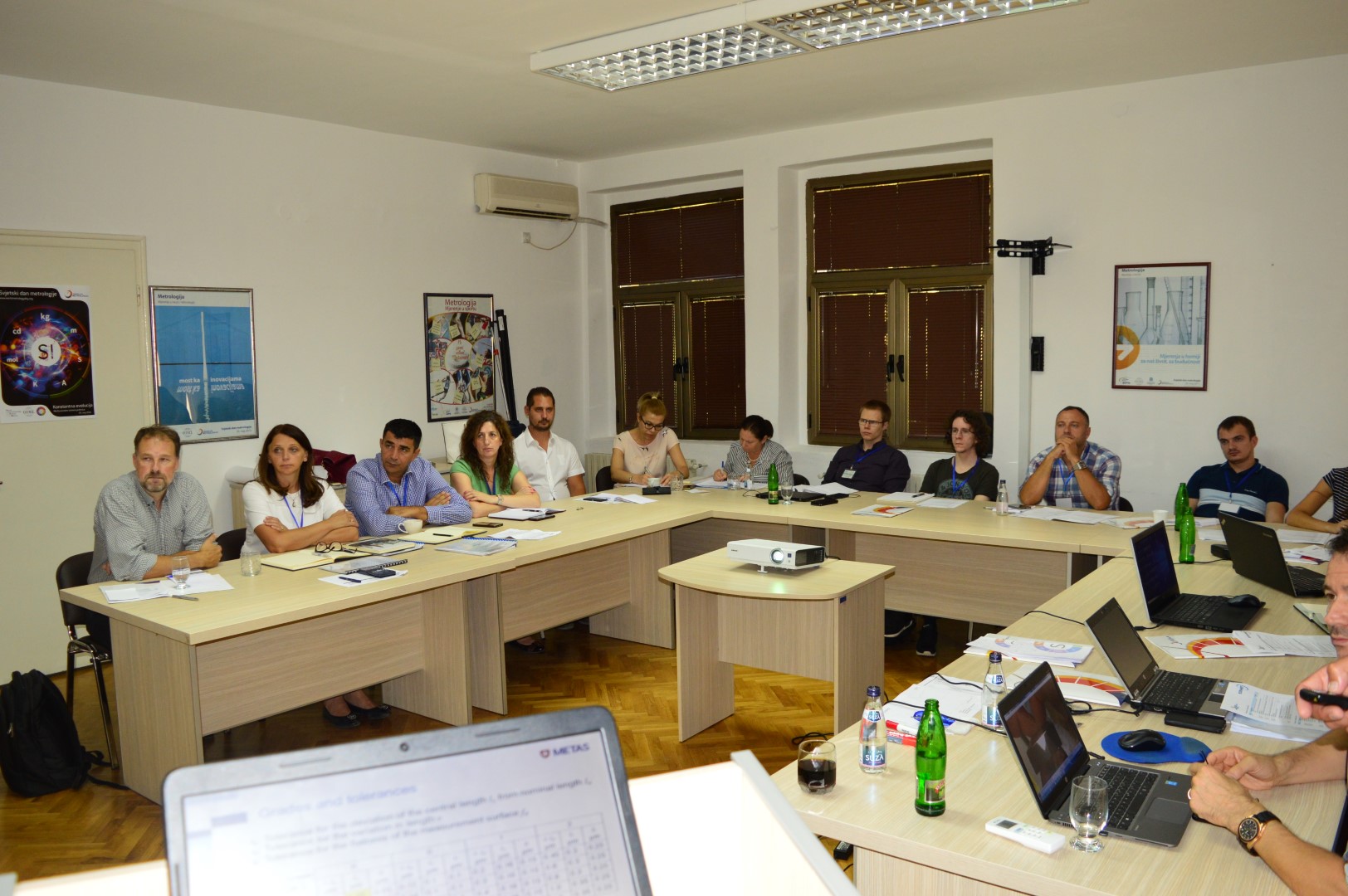