Member of the working group for negotiating chapter 1: Free movement of goods, on behalf of the Bureau of Metrology, Assistant Director Zoran Ćetković, attended a panel debate on “New methodology in the EU accession process: Advantages and Disadvantages.”

Panelists were Chief Negotiator with European Union Aleksandar Drljević, Chairperson of the Committee on European Integration of the Parliament of Montenegro Slaven Radunović, President of the Montenegrin Pan-European Union Dr Gordana Djurović and Executive Director of the NGO Centre for Civic Education Daliborka Uljarević.

The aim of the debate was to clarify the new approach in the EU enlargement policy.

The Collegium of EU Commissioners, as recalled at the panel, adopted in early February 2020 a proposal for a new methodology of the EU accession process, the purpose of which was to re-establish a credible perspective of the Western Balkans membership. The new methodology, as emphasized, should be approved by the member states ahead of the EU-Western Balkans Zagreb summit which will be held in May.

Through a constructive exchange of views, this event was an opportunity to look at every aspect of a new approach of the European Commission and highlight advantages and disadvantages of the new accession for Montenegro, as a candidate country for EU membership.

The panel debate was held within the EU4ME project, and organized by the General Secretariat of the Government of Montenegro. 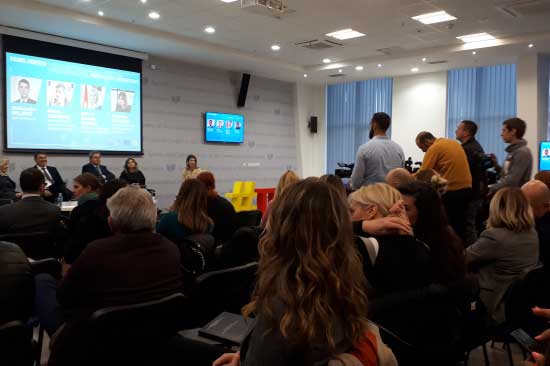 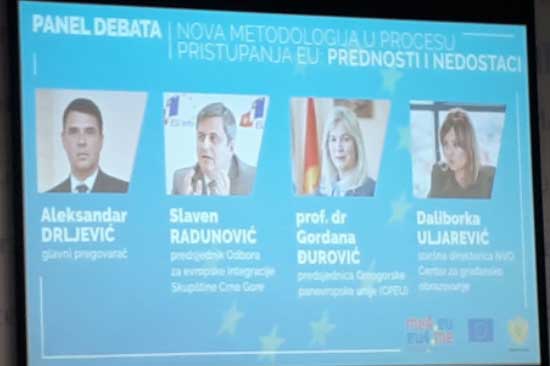