Representative of the Bureau of Metrology, Zoran Ćetković, attended a workshop titled “Metrology for Medical Devices – Towards an European Harmonized Approach”, held on 21 October 2019 at the science and education center “Helmholtz-Zentrum” in Berlin, Germany.

The workshop was organized by the German (PTB) and Czech (CMI) national metrology institutes with the support of the European Association of National Metrology Institutes (EURAMET). In addition to the representatives of national metrology institutes, representatives of manufacturers and inspection bodies from several European countries also attended the workshop.

The aim of the workshop was to initiate an international exchange of ideas and experiences of representatives of metrology institutions, decision makers and manufacturers in the field of medical devices with measuring function. The focus of the workshop was also on drawing attention to the need for harmonization of metrological regulations and requirements in terms of conformity assessment and monitoring.

In the European Union, the Medical Devices Directive has been replaced by the Medical Device Regulation (MDR), 2017/745/EU, which, as emphasized, more rigorously defines the conditions and procedures for placing the medical devices on the market in order to improve medical care, diagnostics and treatment of patients. However, as concluded, the determination of metrological requirements for certain medical devices with a measuring function will still be regulated at the level of the national legislation of each EU Member State.

The workshop also presented the results of two on-line surveys aimed at the workshop participants. The result of the first survey showed that the participants thought that the field of “metrology for medical devices” should be harmonized, whereas the result of the second survey indicates that the majority of respondents consider that the poor cooperation of the stakeholders is the main cause of the relative disarray in this area.

In order to harmonize the field of “metrology for medical devices”, a proposal was also initiated to set up a cooperation center in the field. The establishment of such a center, as stated, would aim to create a technical and legal basis for the harmonization of EU legislation. 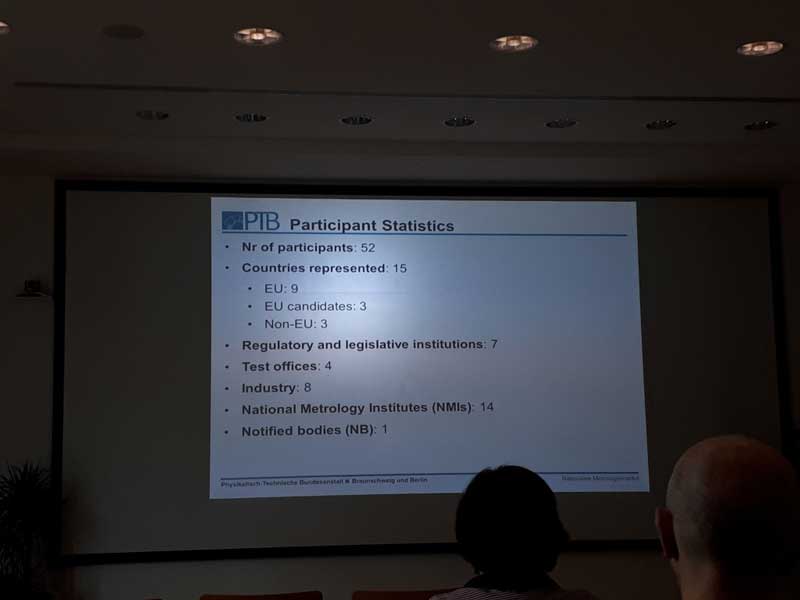