On 14 and 15 January 2021 two NTP time servers LANTIME M900, manufactured by Meinberg, were installed in the Laboratory for Time and Frequency. The equipment was provided within the IPA 2014 national program, beneficiary of which is the Bureau of Metrology. In addition, the training for configuration and operation on the mentioned servers was held at the same time. The training was attended by the Bureau of Meterology’s representatives Alina Music and Jovana Vukoslavovic.

The training was organized by the Bel Systems company from Belgrade, which delivered the laboratory equipment. Dusan Popovic and Ivan Jovanovic were the lecturers at the training

During the training, time transfers, LANTIME procedure, NTP and PTP protocols were talked about. Basic information about the server, its physical characteristics, as well as the manner of assembly were presented.

Antenna installation, configuration preparation, as well as the time transfer configuration were performed through a web interface. During the training, Meinberg NTP Monitor application was used to simulate the client’s request.

NTP server is a time server which can be used for synchronization of even the largest networks in computer centers, industrial network infrastructure and telecommunication environment. By using this server, synchronization of a large number of clocks in relation to given reference time can be performed.  M900 is a system platform which can be adjusted to certain needs, because it offers a broad spectrum of possible configurations, including the choice for frequency inlets and outlets, as well as improvement of redundancy for the needs of error-free synchronization. Besides, it enables synchronization of NTP and SNTP compatible clients. The interface for the status and configuration is based on internet, and the service program for graphic configuration is based on a console. It supports the following network protocols: IPv4, IPv6, HTTPS, HTTP, SSH, TELNET, SCP, SFTP, FTP, SYSLOG, SNMP.

Installation of the mentioned NTP servers in the Laboratory for Time and Frequency presents a basic step in the process of time distribution which is realized by means of the national measurement standard for time and frequency (Microsemi 5071A Caesium clocks), meaning that this installation enabled synchronization of clients’ clocks in relation to time realized in the Bureau of Metrology. 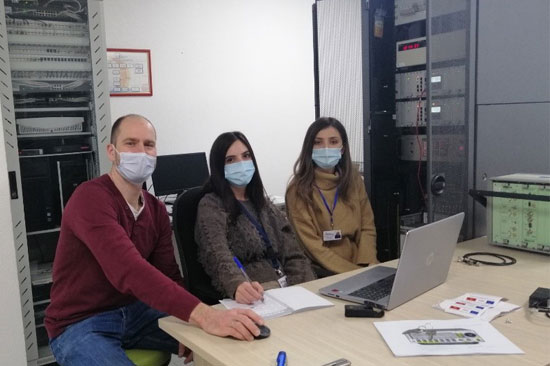 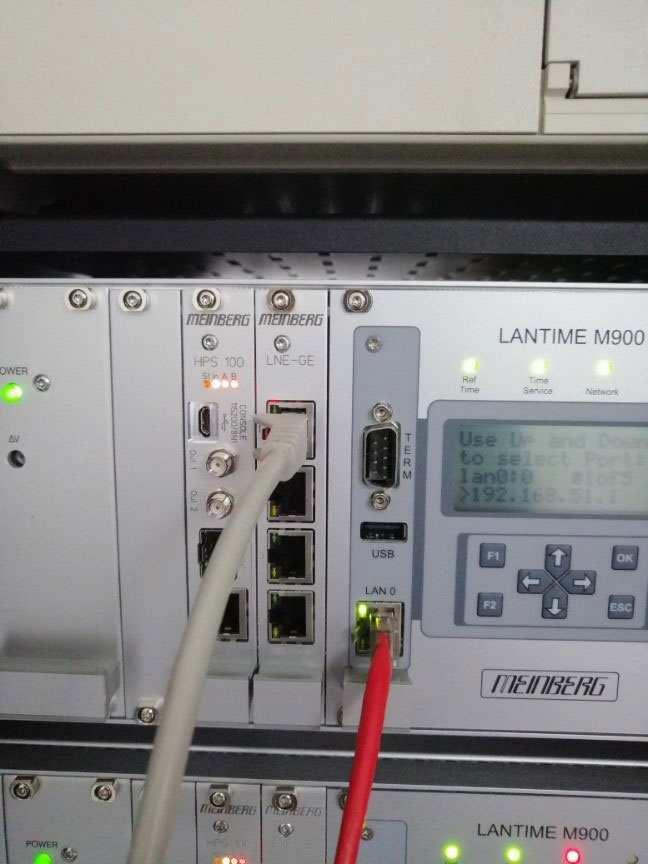 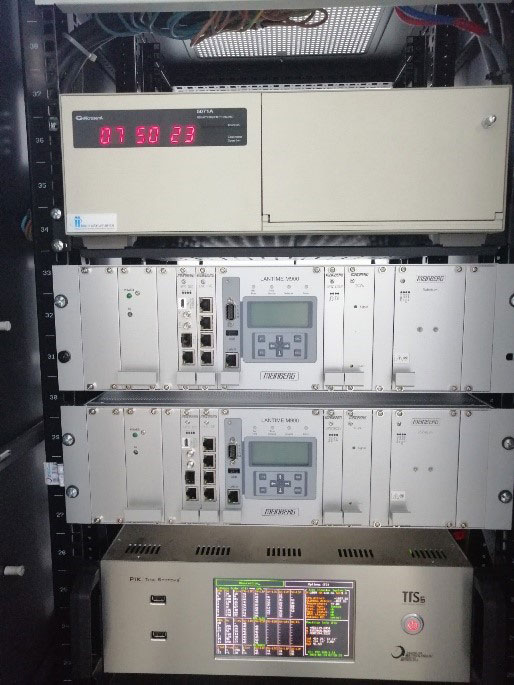